The Routledge History of Police Brutality in America

indgår i serie The Routledge Histories 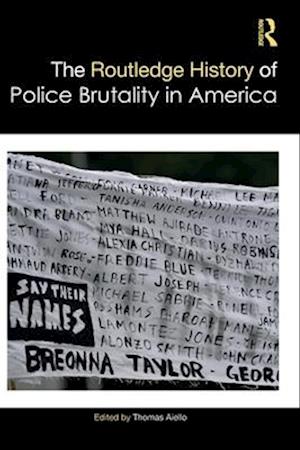 This handbook offers a comprehensive historical overview and analysis of police brutality in US history and the variety of ways it has manifested itself.

Police brutality has been a defining controversy of the modern age, brought into focus most readily by the murder of George Floyd in Minneapolis and the mass protests that occurred as a result in 2020. However, the problem of police brutality has been consistent throughout American history. This volume traces its history back to Antebellum slavery, through the Gilded Age, the Progressive Era, the two world wars and the twentieth century, to the present day. This handbook is designed to create a generally holistic picture of the phenomenon of police brutality in the United States in all of its major lived forms and confronts a wide range of topics including:

The role of technology in publicizing such abuses, and the protest movements mounted against it The Routledge History of Police Brutality in America will provide a vital reference work for students and scholars of American history, African-American history, criminal justice, sociology, anthropology, and Africana studies.