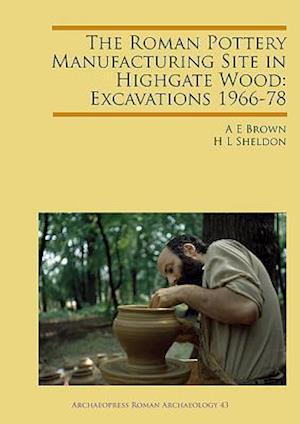 Excavations over a period of eight years uncovered at least ten pottery kilns, waster heaps, ditches and pits, but only a few definite structures. The pottery from the site indicates a period of operation extending from the first half of the 1st century AD to the later 2nd century. The pottery made at the site included initially a vegetable tempered handmade ware, but subsequently the bulk of it consisted of a grog tempered ware and then pottery in a sandy fabric which is well known from assemblages in London. The type of kiln varied with the pottery fabric; there was possible evidence for a pre-Roman pit firing, and later kilns set in ditches were of the twin flued type, eventually replaced by the more familiar above ground kilns with raised floors. Changes in pottery fabric were reflected in different methods of clay preparation, which led to changes in the function of the various ditches, the stratigraphy of which, along with the variation in the fabrics, was significant in enabling the four broad phases into which the site has been divided, to be proposed. The report includes a very detailed analysis of the forms and fabrics of the pottery made at Highgate. Finds of prehistoric flintwork and pottery during the excavation, and of material of later date, together with the observation of earthworks and historical research, have been used to show the place of the pottery kilns as an element in the exploitation of the woodland of northern London over the last eight thousand years.

Forfattere
Bibliotekernes beskrivelse Excavations at Highgate Wood, London, over a period of eight years uncovered at least ten pottery kilns, waster heaps, ditches and pits, but only a few definite structures. This volume provides a very detailed analysis of the forms and fabrics of the pottery finds. Illustrated throughout in colour and black & white (70 plates in colour)