The Role of &lt;i&gt;Metaxy" in the Political Philosophy of Eric Voegelin 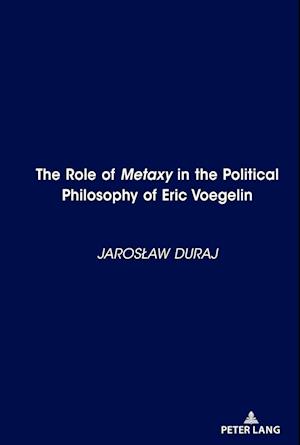 This book is a study of Eric Voegelin (1901-1985) and of the role played by metaxy in his vision of political philosophy. Metaxy, already defined by Plato as the "in-between" matrix of the human condition, is for Voegelin a powerful notion that symbolizes the intermediate state in which man experiences diverse and opposing tensions such as the ones between immanence and transcendence or mortality and immortality. The metaxy constitutes the realm of the divine-human mutual participation (methexis), and its locus resides in human consciousness (nous), there where the divine reality manifests itself as the origin of being. Being the field of intermediation between opposing forces, man has to keep the balance of consciousness in order to differentiate the noetic and pneumatic dimensions and so attune his life to the divine ground of being. This book claims that for Voegelin metaxy shapes the possibility of the philosophical, historical, political and religious orientation in life. Indeed, Voegelin's approach deserves recognition as an option adequate for addressing the intellectual challenges engendered by modern and postmodern philosophies.

Forfattere
Bibliotekernes beskrivelse This book envisages a study of Eric Voegelin (1901-1985) and of the role played by metaxy in his vision of political philosophy.