The Role of Law and Ethics in the Globalized Economy

- Role of Law and Ethics in the Globalized Economy 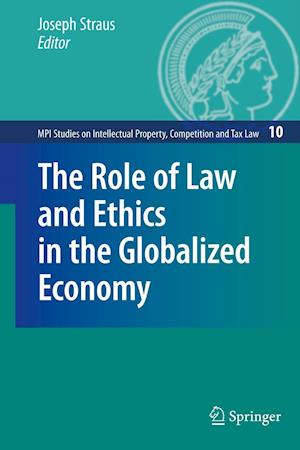 Preface International conferences are not organized overnight-especially not when high ranking personalities from politics, business and academia should be offered an adequate platform for addressing and discussing highly relevant contemporary issues. The conference on "The Role of Law and Ethics in the Globalized Economy," which took place on May 22 and 23, 2008 in the Bavarian Academy of Sciences and Humanities in Munich, was no exception. When the first preparations started at the end of 2006, neither the subprime crises nor the general crises of the global financial system, whose shock waves have rocked the financial businesses in subsequent months, were known; nor were they predictable or even imaginable. Based on our monitoring of the globalization process and its apparent impact-not only on the economic and technological environment, but also on the social en- ronment-it was appropriate for the conference to begin by serving as a platform for analysing the status quo of the process of globalization, as relevant to politics, business and academia, and for exploring how the interest groups in those domains cope with the challenges of globalization. In the end, however, the purpose of the conference was to produce proposals for conditions for "upwards" global compe- tion, meaning that minimum conditions should be worked out to enable people to live and labour humanely. Such conditions would be those which should help avoid otherwise inevitable frictions in society, both nationally and internationally.