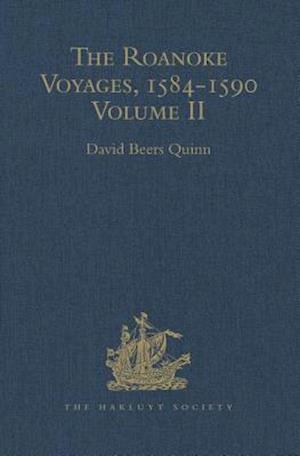 Texts from Hakluyt's Principall Navigations (1589), together with the items added by him in 1600 and much additional material, a few documents in summary form. This volume follows on from Second Series 194, with a continuous main pagination, taking the narrative from January 1586/7 to 1590 and later. Appended is an article on the language of the Carolina Algonkian tribes by James A. Geary, with a word-list; a chapter on the archaeology of the Roanoke settlements; and a detailed account of the MS and printed sources. This is a new print-on-demand hardback edition of the volume first published in 1955. Owing to technical constraints the map of Raleigh's Virginia, 1584-90 which appeared in the original edition of the book is not included.