The Rivers of Zadaa 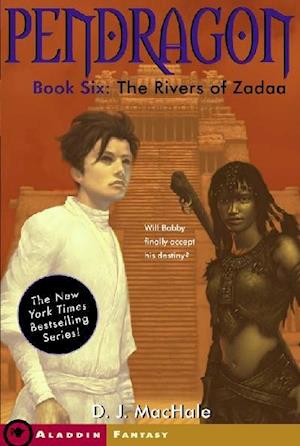 THE BATTLE CONTINUES. The struggle of good versus evil continues as Bobby Pendragon follows Saint Dane to the territory of Zadaa. Saint Dane's influence has fueled the fire of discontent between two warring tribes: the Rokador and the Batu. This is also the territory where the Traveler Loor lives as a member of the Batu. Together she and Bobby must work to thwart Saint Dane's efforts to destroy Zadaa. But as Bobby pursues Saint Dane, he begins to notice changes in himself. He is no longer a flip kid looking for excitement. He is a young man beginning to see this quest as more than a series of adventures. He is also learning that as a Traveler, he had powers no normal human should have.

Forfattere
Bibliotekernes beskrivelse The struggle of good versus evil continues as Bobby Pendragon follows Saint Dane to the territory of Zadaa.