- The Making of a Modern Day Exorcist 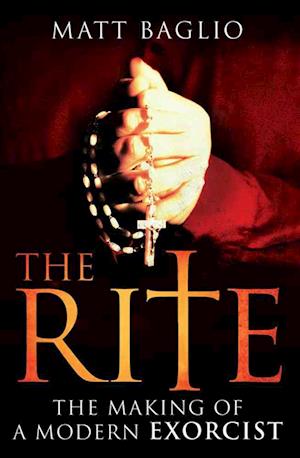 In 2005 a Vatican-run university opened its doors to priests from around the world, running a course for would-be exorcists. Looking for a story, Rome-based investigative journalist Matt Baglio attended the class, and there met Father Gary Thomas -- a Californian priest who had been chosen to attend by his bishop. Father Gary was concerned that many of the 'possessed' were in reality suffering from psychological disorders best left to the care of doctors. How and why his view changed is the subject of this book. We follow Father Gary's year-long training with a senior exorcist as he is transformed from a doubter into a believer. Baglio gained unprecedented access to this world, including participating in exorcisms and culminating with Father Gary's own fearsome confrontation with the Devil. Woven into his story is the fascinating history of exorcism, its rites and rituals, and the ways and reasons that people become possessed. Matt Baglio speaks to psychologists and detectives, as well as Vatican clergy, to wrinkle out the truth about this most Gothic of subjects. The Riteis proof that the truth about demonic possession is not only stranger than fiction, but far more chilling.

Forfattere
Bibliotekernes beskrivelse Is demonic possession real? A chilling investigation into the rites and rituals of modern-day exorcism.