The Rise of the Latino Vote 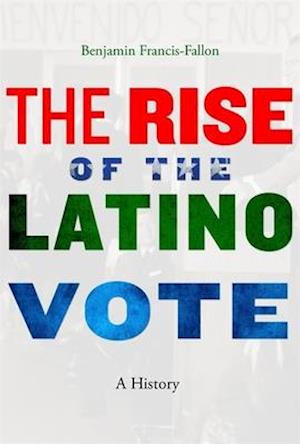 A new history reveals how the rise of the Latino vote has redrawn the political map and what it portends for the future of American politics.The impact of the Latino vote is a constant subject of debate among pundits and scholars. Will it sway elections? And how will the political parties respond to the growing number of voters who identify as Latino? A more basic and revealing question, though, is how the Latino vote was forged-how US voters with roots in Latin America came to be understood as a bloc with shared interests. In The Making of the Latino Vote, Benjamin Francis-Fallon shows how this diverse group of voters devised a common political identity and how the rise of the Latino voter has transformed the electoral landscape.Latino political power is a recent phenomenon. It emerged on the national scene during the turbulence of the 1960s and 1970s, when Mexican-American, Puerto Rican, and Cuban-American activists, alongside leaders in both the Democratic and the Republican parties, began to conceive and popularize a pan-ethnic Hispanic identity. Despite the increasing political potential of a unified Latino vote, many individual voters continued to affiliate more with their particular ethnic communities than with a broader Latino constituency. The search to resolve this contradiction continues to animate efforts to mobilize Hispanic voters and define their influence on the American political system.The "Spanish-speaking vote" was constructed through deliberate action; it was not simply demographic growth that led the government to recognize Hispanics as a national minority group, ushering in a new era of multicultural politics. As we ponder how a new generation of Latino voters will shape America's future, Francis-Fallon uncovers the historical forces behind the changing face of America.

Forfattere
Bibliotekernes beskrivelse Benjamin Francis-Fallon returns to the origins of the US "Spanish-speaking vote" to understand the history and potential of this political bloc. He finds that individual voters affiliate more with their particular ethnic communities than with the pan-ethnic Latino identity created for them, complicating the notion of a broader Latino constituency. 15 photos, 5 tables