The Rise of the Global Imaginary 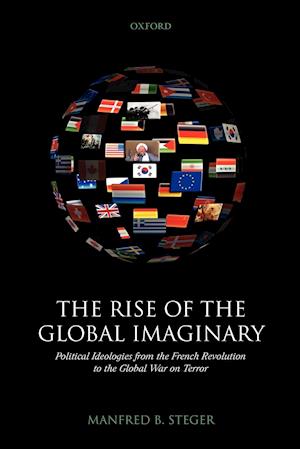 Neoliberalism. Neoconservatism. Postmarxism. Postmodernism. Is there really something genuinely new about today's isms? Have we moved past our traditional ideological landscape? Combining political history, philosophical interpretation, and good old-fashioned story-telling, Manfred Steger traces ideology's remarkable journey from Count Destutt de Tracy's Enlightenment "science of ideas" to President George W. Bush's "imperial globalism." Rejecting futile attempts to"update" modern political belief systems by adorning them with prefixes, the author offers instead a highly original explanation for their novelty-their increasing ability to articulate deep-seated understandings of community in global rather than national terms. This growing awareness of globalityfuels the visions of social elites who reside in the privileged spaces of our global cities. It erupts in the hopes and demands of migrants who traverse national boundaries in search of their piece of the global promise. Stoked by cross-cultural encounters, technological change, and scientific innovation, the rising global imaginary has destabilized the grand political ideologies codified during the national age. The national is slowly losing its grip on people's minds, but the global has not yet ascended to the commanding heights once occupied by its predecessor. Still, the first rays of the rising global imaginary have provided enough light to capture the contours of a profoundly altered ideological landscape. Pointing in this direction, the book ends with a timely interpretation of the apparent convergence of ideology and religion in the dawning global age-a broad phenomenon that extends beyond theobvious cases of Christian fundamentalism and Islamic jihadism.

Forfattere
Bibliotekernes beskrivelse A tour de force examination of the contemporary ideological landscape by one of the world's leading analysts of globalization.