The Rise of Political Intellectuals in Modern China

- May Fourth Societies and the Roots of Mass-party Politics 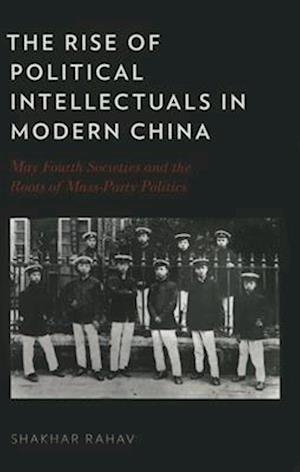 The May Fourth movement (1915-1923) is widely considered a watershed in the history of modern China. This book is a social history of cultural and political radicals based in China's most important hinterland city at this pivotal time, Wuhan. Current narratives of May Fourth focus on the ideological development of intellectuals in the seaboard metropoles of Beijing and Shanghai. And although scholars have pointed to the importance of the many cultural-political societies of the period, they have largely neglected to examine these associations, seeing them only as seedbeds of Chinese communism and its leaders, like Mao Zedong. This book, by contrast, portrays the everyday life of May Fourth activists in Wuhan in cultural-political societies founded by local teacher and journalist Yun Daiying (1895-1931). The book examines the ways by which radical politics developed in hinterland urban centers, from there into a nation wide movement, which ultimately provided the basis for the emergence of mass political parties, namely the Nationalist Party (Guomindang) and the Chinese Communist Party (CCP). The book's focus on organizations, everyday life, and social networks provides a novel interpretation of where mechanisms of historical change are located. The book also highlights the importance of print culture in the provinces. It demonstrates how provincial print-culture combined with small, local organizations to create a political movement. The vantage point of Wuhan demonstrates that May Fourth radicalism developed in a dialogue between the coastal metropoles of Beijing andShanghai and hinterland urban centers. The book therefore charts the way in which seeds of political change grew from individuals, through local organizations into a nation-wide movement, and finally into mass-party politics and subsequently revolution. The book thus connects everyday experiences of activists with the cultural-political ferment which gave rise to both the Chinese Communist party and the Nationalist Party.

Forfattere
Bibliotekernes beskrivelse This book is a social history of Wuhan radicals during China's May Fourth movement (1915-1923).