The Rise of Goenpo Namgyel in Kham 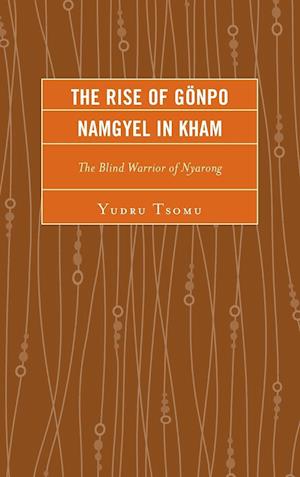 This book examines the ascendancy of a minor nineteenth-century Tibetan chieftain Goenpo Namgyel who hailed from Eastern Kham, a frontier region situated between the power centers of Central Tibet and Qing China. For most of the nineteenth century, Goenpo Namgyel dominated the politics of Kham and posed a serious challenge to both the Qing and Lhasa regimes. The study explores the dynamics of local and national politics, as well as the tensions over power and authority between the two power centers. Drawing upon both Tibetan and Chinese primary sources, the study sheds new light on the governance and polity of the Kham region, enhancing our understanding of Sino-Tibetan conflicts regarding Kham from the nineteenth century, up to the mid-twentieth century. The book focuses on local events, rather than seeing history as shaped solely by the power centers. The rise of Goenpo Namgyel is situated within the context of the local politics of Kham while taking into consideration its relations with mid-nineteenth century Qing and Central Tibet. It further explores the social-cultural milieu that gave rise to this charismatic and controversial chief. A series of questions emerge concerning traditional historiographical practice, including the historical practices of Chinese and Tibetan scholars as well as approaches to the history of China and Tibet by Western scholars.Probing into history from a local perspective adds a new dimension to the study of nineteenth-century Sino-Tibetan relations. This research reveals that there is no single force determining history, nor are persons in the periphery mere passive observers of national events. The kings, governors, and chieftains in Kham were active in shaping their own regional identity and asserting their own terms in relation to the two power centers, demonstrating that the peripheries are equal partners in central-periphery relations, rather than passive recipients as has commonly been represented in earlier historical narratives.