The Right to Freedom of Assembly 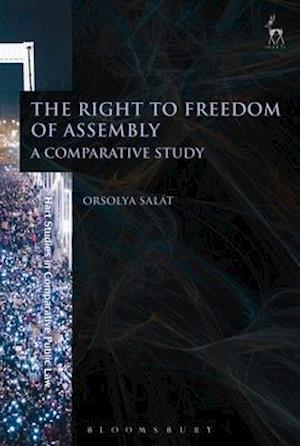 In legal decisions and commentary, freedom of assembly is widely cherished as a precious human right and as indispensable for the preservation of democratic governance. But despite this rhetoric assemblies are subject to extensive regulation, such as prior restraints, and restrictions on the time, place and manner of assemblies. This comparative study examines five influential jurisdictions and reveals similarities and inconsistencies between them. It finds that freedom of assembly is often subjugated to freedom of expression in a way that disregards the expressive potential of assemblies. The shortcomings include the misconstrued content neutrality and public forum doctrines in the US, blanket bans and other restrictions based on intangible and distant harm in the UK, preventative restrictions and viewpoint discrimination in Germany, and the uncertain status of freedom of assembly and opaque judicial reasoning in France. Such inconsistencies also present challenges for the European Court of Human Rights in developing a coherent assembly doctrine. The book argues that it is time for jurisprudence to move away from a narrowly focused concept of expression, and recognise the creative and expressive value of freedom of assembly.