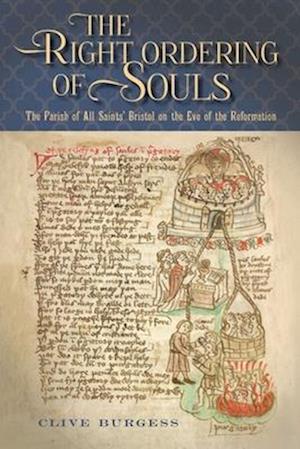 In the two centuries preceding the Reformation in England, economic, political and spiritual conditions combined with constructive effect. Endemic plague prompted a demonstrative piety and, in a world enjoying rising disposable incomes, this linked with current teachings - especially the doctrine of Purgatory - to sustain a remarkable devotional generosity. Moreover, political conditions, and particularly war with France, persuaded the government to summon its subjects' assistance, including responses encouraged in England's many parishes. As a result, the wealthier classes invested in and worked for their neighbourhood churches with a degree of largesse - witnessed in parish buildings in many localities - hardly equalled since. Buildings apart, the scarcity of pre-Reformation parish records means, however, that the resonances of this response, and the manner in which parishioners organised their worship, are ordinarily lost to us. This book, using the remarkable survival of records for one parish - All Saints', Bristol, in the later fifteenth and early sixteenth centuries - scrutinises the investment that the faithful made. If not necessarily typical, it is undeniably revealing, going further than any previous study to expose and explain parishioners' priorities, practices and achievements in the late Middle Ages. In so doing, it also charts a world that would soon vanish. Dr CLIVE BURGESS holds a Senior Lectureship in late medieval history at Royal Holloway, University of London.

Forfattere
Bibliotekernes beskrivelse The relationship between people and parish in the late medieval ages illuminated by this study of a remarkable survival from the period.