The Rhythm of Time 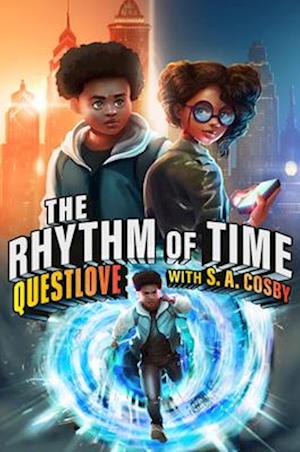 From the Academy Award-winning, Grammy-winning, and bestselling author Ahmir "Questlove" Thompson and the New York Times bestselling author S. A. Cosby comes this thrill-a-minute middle grade novel, the first in a series of rollicking time-travel adventures that touch on themes of friendship, family, and otherworldly events. Seventh grader Rahim Reynolds loves testing out the gadgets invented by his brilliant friend Kasia Collins. First there were the X-ray glasses and all the trouble they caused. Now there's the new cell phone she built for his birthday, even though his parents won't let him have one. But Rahim is excited to use the phone to search for videos of his favorite old-school rap group. What he doesn't know is the phone has a special battery that interfaces with a secret government satellite, which spells trouble when the phone transports him back to 1997. Almost immediately, he learns what every time traveler before him has: Actions in the past jeopardize the future. With Kasia as his only lifeline to the present, Rahim works with her to get home unscathed, all the while dodging bullies (on his end) and suspicious government agents (on hers). Philadelphia in the late nineties is a new world for Rahim and Kasia, but it is a familiar place for Questlove, who, alongside S. A. Cosby, delivers a high-velocity tale where two best friends discover that sometimes the best beat is the one that brings you back home.