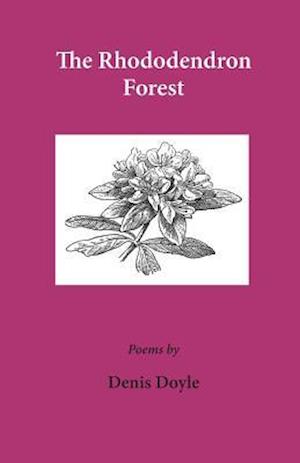 When Denis Doyle arrived in Japan in 1987, he brought with him the manuscript of The Rhododendron Forest, consisting mostly of poems written in the previous few years in and about Cornwall. The book was published in Tokyo by Printed Matter Press in 1991, but has long been out of print. Added to this new, revised edition of The Rhododendron Forest is Doyle's translation - first published by North Light Press in England in 1982 - of the first (prose) and third (poetic) versions of the narrative La Tierra de Alvargonzalez, a key work by Antonio Machado (1875-1939). Combining sharp observation and an individual lyrical voice, the poems in The Rhododendron Forest display a deep sensitivity to the landscapes, seascapes, flora and fauna of Cornwall - with excursions to Spain, an imagined St Petersburg, the scriptorium of a medieval monastery, and into memories of the romantic bafflements of a Catholic adolescence. The Machado translations faithfully capture the exalted simplicity and tragic ballad-tale quality of La Tierra de Alvargonzalez, written by Machado in 1912 during a period of intense personal crisis.