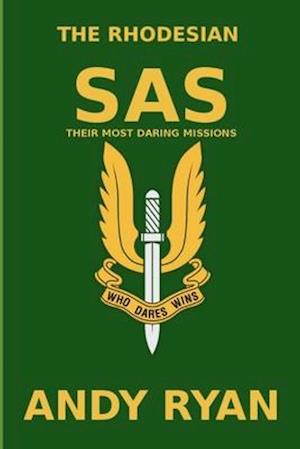 From the Author of 'BRAVO TEN', the explosive true story of some of the greatest secret operations of the Rhodesian SAS.... At the height of the cold war, the small landlocked country of Rhodesia found herself ranged against two powerful communist terrorist armies who, in turn, were backed by Soviet Russia and China. The strategic aim of both backers was the installation of a regime friendly to their respective brands of communism and in so doing create a vital regional presence upon which they could then expand. For the terrorist organisations of ZIPRA and ZANLA, they had but one objective; to take control of one of the continent's most prosperous nations.By 1979 the Rhodesian bush war had been raging for over fifteen years. What had started with the murder of a white man by black nationalists in 1964 was to turn into the bloodiest war ever to have been witnessed in southern Africa. The need for Special Forces to take the fight to the terrorists had never been greater. Fortunately for the Rhodesians, their military possessed a secret weapon which proved devastating in combat and the scourge of terrorists in Zambia, Mozambique and beyond; their very own Special Air Service regiment. Operating deep in the unforgiving African bush, deploying by vehicle, helicopter or parachute, often isolated from help and facing overwhelming odds, the Rhodesian SAS Ranged far behind enemy lines to strike at the very heart of the enemy, wreaking untold damage to the terrorist machines of ZIPRA and ZANLA. Time after time the SAS regiment demonstrated to the world that the Rhodesian army possessed a Special Forces unit whose abilities were second to none.The author presents the little known story of a truly elite band of Special Forces soldiers and places the reader at the very heart of some of their most daring missions. Join the Rhodesian SAS deep behind enemy lines and learn the secrets of 'those who dared'. This is the second book in the 'They Who Dared' series by Andy Ryan.