The Rhetoric of the Conscience in Donne, Herbert, and Vaughan 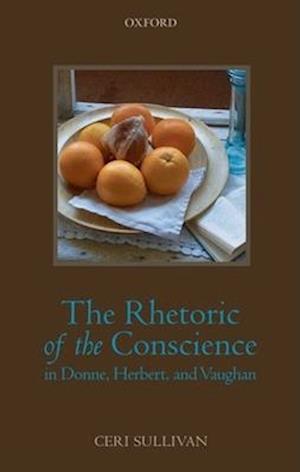 There is a kind of conscience some men keepe,Is like a Member that's benumb'd with sleepe;Which, as it gathers Blood, and wakes agen,It shoots, and pricks, and feeles as bigg as tenDonne, Herbert, and Vaughan see the conscience as only partly theirs, only partly under their control. Of course, as theologians said, it ought to be a simple syllogism, comparing actions to God's law, and giving judgement, in a joint procedure of the soul and its maker. Inevitably, though, there are problems. Hearts refuse to confess, or forget the rules, or jumble them up, or refuse to come to the point when delivering a verdict. The three poets are beady-eyed experts on failure. Afterall, where subjects can only discover their authentic nature in relation to the divine it matters whether the conversation works. Remarkably, each poet - despite their very different devotional backgrounds - uses similar sets of tropes to investigate problems: enigma, aposiopesis (breaking off),chiasmus, subjectio (asking then answering a question), and antanaclasis (repetition with a difference). Structured like a language, the conscience is tortured, rewritten, read, and broken up to engineer a proper response. Considering the faculty as an uncomfortable extrusion of the divine into the everyday, the rhetoric of the conscience transforms Protestant into prosthetic poetics. It moves between early modern theology, rhetoric, and aesthetic theory to give original, scholarly, andcommitted readings of the great metaphysical poets. Topics covered include boredom, torture, graffiti, tattoos, anthologizing, resentment, tears, dust, casuistry, and opportunism.

Forfattere
Bibliotekernes beskrivelse In the first book for over a decade to deal with the issue of conscience in metaphysical poetry, Ceri Sullivan draws on theology, poetics, and rhetoric in detailed readings of the works of Donne, Herbert, and Vaughan. She shows that these poets see the conscience as part theirs, part God's, and respond uncomfortably to failures in its workings. 5 black-and-white halftones