The Revival of Islamic Rationalism 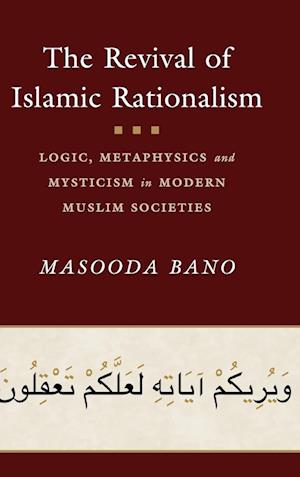 In this book, Masooda Bano presents an in-depth analysis of a new movement that is transforming the way that young Muslims engage with their religion. Led by a network of Islamic scholars in the West, this movement seeks to revive the tradition of Islamic rationalism. Bano explains how, during the period of colonial rule, the exit of Muslim elites from madrasas, the Islamic scholarly establishments, resulted in a stagnation of Islamic scholarship. This trend is now being reversed. Exploring the threefold focus on logic, metaphysics, and deep mysticism, Bano shows how Islamic rationalism is consistent with Sunni orthodoxy and why it is so popular among young, elite, educated Muslims, who are now engaging with classical Islamic texts. One of the most tangible results of this revival is that Islamic rationalism - rather than jihadism - is emerging as one of the most influential movements in the contemporary Muslim world.

Forfattere
Bibliotekernes beskrivelse This book presents an in-depth analysis of a movement, led by a network of Islamic scholars in the West, which is leading to revival of Islamic rationalism. The book defines Islamic rationalism, explains why it is argued to present the Sunni orthodoxy, and why it is proving very popular among young Muslims. Worked examples or Exercises; 1 Tables, black and white; 2 Maps