- The Bestselling Book That Inspired the Award-Winning Movie 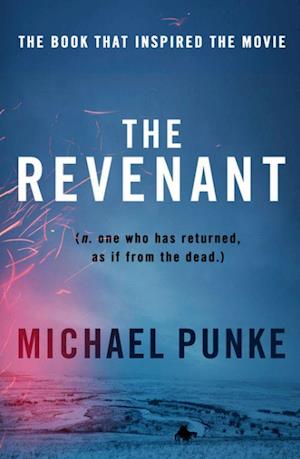 320 pages, paperback.THE BOOK THAT INSPIRED THE MOVIE The novel that inspired Alejandro Gonzalez Inarritu's epic new movie starring Leonardo DiCaprio and Tom Hardy. BLOOD LOST. LIFE FOUND. Hugh Glass isn't afraid to die. He's done it once already. Rocky Mountains, 1823 When expert tracker Glass is viciously mauled by a bear, death seems inevitable. The two men ordered to remain with him until he dies flee, stripping him of his rifle and hatchet and leaving him to die alone. But soon a grim, horribly scarred figure is seen wandering, asking after two men, one with a gun that seems too good for him...The Revenant is a remarkable tale of obsession and the lengths that one man will go to for retribution.