The Revelations of St. Birgitta of Sweden, Volume II 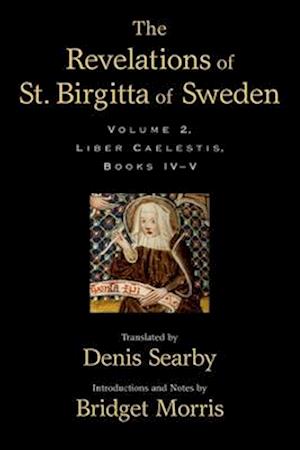 St. Brigitta of Sweden (1303-73, canonized 1391) was one of the most charismatic and influential visionaries of the later Middle Ages. Altogether, she received some 700 revelations dealing with a variety of subjects, from meditations on the human condition, domestic affairs in Sweden, and ecclesiastical matters in Rome, to revelations in praise of the Incarnation and devotion to the Virgin. Her Revelationes, collected and ordered by her confessors, circulated widelythroughout Europe both during her lifetime and long after her death. Many eminent individuals, including Cardinal Juan Torqemada and Martin Luther, read and commented on her writings, which influenced the spiritual lives of countless individuals. Birgitta was also the founder of a new contemplativeorder, which still exists. She is the patron saint of Sweden, and in 2000 was declared (with Catherine of Siena and Edith Stein) the first co-patroness of Europe. Interest in Birgitta's Revelationes has grown over the past decade. Historians and theologians draw on them for insights into late medieval spirituality, artistic imagery, political struggles, and social life. Scholars of literature study them to gain knowledge of rhetorical strategies employed in late medieval texts by women.Philologists analyze them to enhance understanding of the historical development of Latin and medieval Swedish. Increasingly, Birgitta is also admired and studied as a powerful female voice and prophet of reform. Collectively, the Revelationes encapsulate the workings of an extraordinary mind, alternating between a tender lyricism and a grim intensity and hallucinatory imagination, mixing stereotypical commonplaces with startling and sensational imagery, providing enlightenment on contemporary issues and practical advice about imminent and future events, and showing a constant devotion to the passion of Christ and a close identification with the Virgin. This is the second of four volumes and it contains Book IV and Book V. Book IV includes some of Birgitta's most influential visions, with topics ranging from the Avignon papacy and purgatory, to the Hundred Years War. Book V, the Liber Quaestionum (Book of Questions), takes the form of a learned dialogue between Christ and a monk standing on a ladder fixed between heaven and earth. The argument centers on the way in which God's providence is constantly misunderstood and rejected byself-centered human beings. The translation is based on the recently completed critical edition of the Latin text and promises to be the standard English translation of the Revelationes for years to come. It makes this important text available to a wider audience and provides the basis for new research on one of the foremost medieval women visionaries.