The Revelation of the Name YHWH to Moses

- Perspectives from Judaism, the Pagan Graeco-Roman World, and Early Christianity 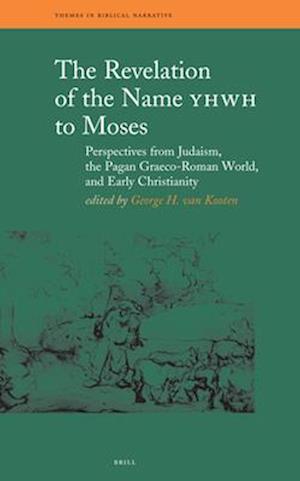 The revelation of YHWH's name to Moses is a momentous event according to the Old Testament. The name 'Yahweh' is of central importance in Judaism, and 'Yahwism' became tantamount to Jewish monotheism. As such, this designation of God also attracted the attention of pagan writers in the Graeco-Roman period. And early Christians had to deal with this divine name as well. These three perspectives on YHWH constitute the framework for this volume. It appears that the Name of God and its revelation to Moses constitute a major theme which runs from the book of Exodus through the Old Testament, early Judaism, and early Christianity. It also attracted pagan philosophical interest, both positive and negative. The Name of God was not only perceived from an insider's perspective, but also provoked a reaction from outsiders. The combined perspectives show the fundamental importance of the divine Name for the formation of Jewish and Christian identities.