The Return of the State of War 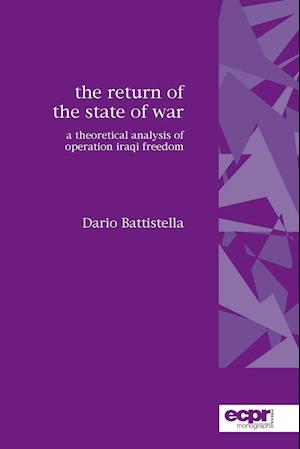 On 18 March 2003, the United States attacked Iraq during Operation Iraqi Freedom. On 16 January 1991, the US had attacked Iraq during Operation Desert Storm. The two wars were radically different. Whereas Operation Desert Storm had been launched with the hope that a new world order might emerge, Operation Iraqi Freedom signified the return of an imperial America unilaterally resorting to preventive warfare representative of a Hobbesian conception of international politics. Why did the promise of a privileged resort to peaceful inter-state conflict resolution implied during the first Gulf War give way to the explicit triumph of the 'might-is-right' principle during the second Gulf War? Is the shift in America's foreign behaviour but a mere parenthesis or potentially the first stage of a long term process likely to undermine the currently prevailing Lockean anarchy? This book aims to answer some of these questions.