The Return Of The Soldier 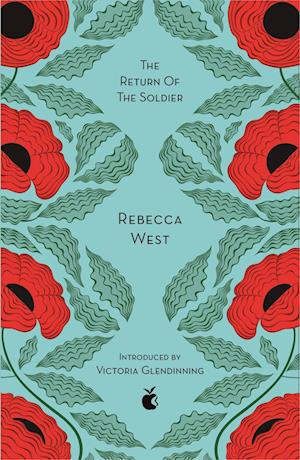 'Spellbinding . . . Probably her best fiction' - Sunday TimesThe soldier returns from the front to the three women who love him. His wife, Kitty, with her cold, moonlight beauty, and his devoted cousin Jenny wait in their exquisite home on the crest of the Harrow-weald. Margaret Allington, his first and long-forgotten love, is nearby in the dreary suburb of Wealdstone. But the soldier is shell-shocked and can only remember the Margaret he loved fifteen years before, when he was a young man and she an inn-keeper's daughter. His cousin he remembers only as a childhood playmate; his wife he remembers not at all. The women have a choice - to leave him where he wishes to be, or to 'cure' him. It is Margaret who reveals a love so great that she can make the final sacrifice.Books included in the VMC 40th anniversary series include: Frost in May by Antonia White; The Collected Stories of Grace Paley; Fire from Heaven by Mary Renault; The Magic Toyshop by Angela Carter; The Weather in the Streets by Rosamond Lehmann; Deep Water by Patricia Highsmith; The Return of the Soldier by Rebecca West; Their Eyes Were Watching God by Zora Neale Hurston; Heartburn by Nora Ephron; The Dud Avocado by Elaine Dundy; Memento Mori by Muriel Spark; A View of the Harbour by Elizabeth Taylor; and Faces in the Water by Janet Frame

Forfattere
Bibliotekernes beskrivelse This is a masterful novel about a shell-shocked, amnesiac soldier returning from WWI to the three women who love him. Published as part of a beautifully designed series to mark the 40th anniversary of the Virago Modern Classics.