The Return of Christendom 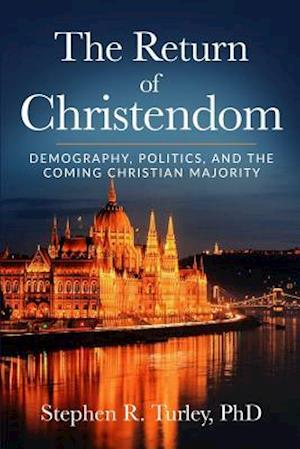 Are we seeing the revitalization of Christian civilization?Everywhere we look, it appears that the secular left celebrates another victory lap. From politics to the media, from education to the arts, liberals seem to be completely in control. It's no wonder, then, that so many prominent conservative traditionalists are hopelessly pessimistic about the future of Western Civilization. But what if this is just one side of the equation? What if it turns out that brewing beneath the surface, a renewed Christian age is rising?In this thought-provoking book, Dr. Steve Turley argues that there is in fact two revolutions concurrently taking place: a demographic revolution and a political revolution, both of which suggest a significant conservative Christian resurgence. HERE'S A PREVIEW OF WHAT YOU'LL LEARN ..........Why scholars believe that the fertility discrepancy between conservative Christians and secularists means a far more conservative futureHow Europe is already reversing its demographic decline with a nationalist baby boomHow conservative Christianity is on the rise in the USWhy scholars believe there is a resurgence of Christianity in EuropeHow these demographic and religious trends are already reshaping much of European societyAnd much, much more Drawing from scholarly studies and current events, Dr. Turley's study will inspire you to reject the naysayers predicting the twilight of the West, and instead embrace a hopeful vision of cultural renewal and the coming Christian majority.Get your copy today