The Reticuloendothelial System in Health and Disease 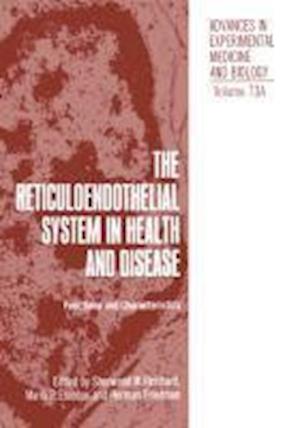 An extraordinary development of the knowledge, concepts and biomedical applications has occurred during the past two decades in the biological sciences, including the Reticuloendothelial Sys- tem (RES). For example, it is now widely recognized that distinct classes of cells are involved in the recognition of "exogenous" invaders of the body such as microorg~nisms and other foreign an- tigens, as well as of "endogenous" parasites represented by trans- formed neoplastic cells and altered "self" antigens. Prominent among cell populations involved in such recognition of antigens and subsequent immune responses are those constituting the RES. In recent years, there has been much discussion and indeed contro- versy as to what constitutes such a system and even whether the term "RES" is appropriate. Some investigators feel that the phago- cytes are the most important cells of the RES as they playa major role in the defense mechanism of the host. Mononuclear phagocytes include tissue macrophages as well as circulating monocytes and their precursors. Although phagocytosis is a major functional ac- tivity, it is only one of their several functions.The important role of phagocytes and other mononuclear cells in antibody forma- tion, cell-mediated immunity, specific and non-specific resistance to microorganisms and tumor cells, as well as homeostatic adjust- ments in general has become the focus of attention for many inves- tigators.