The Republic in Danger 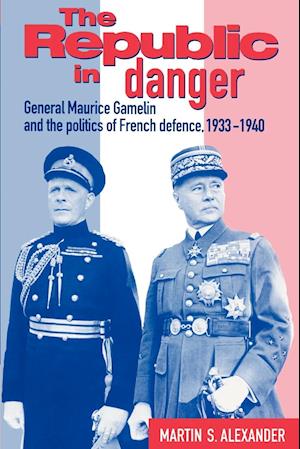 This is the first full-length study in English of the career of one of France's most controversial military leaders, General Maurice Gamelin (1872-1958). Gamelin was reviled by many of his contemporaries and denigrated by historians as 'the man who lost the Battle of France'. Here Gamelin is re-appraised in the context of the unstable civil-military relations and national decline of the years 1933-40. Basing his account on hitherto inaccessible primary sources and on public and private archives. The evidence reviewed, including Gamelin's private headquarters' diary, provides the basis for a revision of the earlier hostile portraits of the general. The author argues that less attention should be paid to the campaign in France in 1940, by which time Gamelin's role was that of co-ordinator and adviser. Rather, he suggests that great credit is due to Gamelin for his success in holding together the pre-war civil-military consensus, and for re-arming France by 1939.