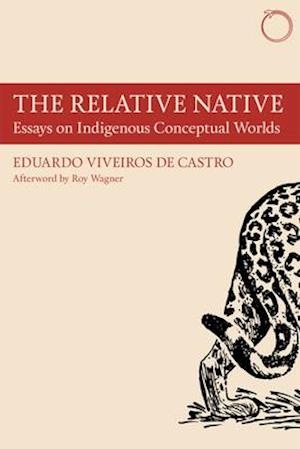 This book is the first to collect the most influential essays and lectures of Eduardo Viveiros de Castro. Published in a wide variety of venues, and often difficult to find, the pieces are brought together here for the first time in a one major volume, which includes his momentous 1998 Cambridge University Lectures, "Cosmological Perspectivism in Amazonia and Elsewhere." Rounded out with new English translations of a number of previously unpublished works, the resulting book is a wide-ranging portrait of one of the towering figures of contemporary thought - philosopher, anthropologist, ethnographer, ethnologist, and more. With a new afterword by Roy Wagner elucidating Viveiros de Castro's work, influence, and legacy, The Relative Native will be required reading, further cementing Viveiros de Castro's position at the center of contemporary anthropological inquiry.

Forfattere
Bibliotekernes beskrivelse Presents a collection of essays and lectures of the author. This volume features new English translations of a number of previously unpublished works.