The Regulation and Reform of the American Banking System, 1900-1929

- White, E: Regulation and Reform of the American Banking Syst 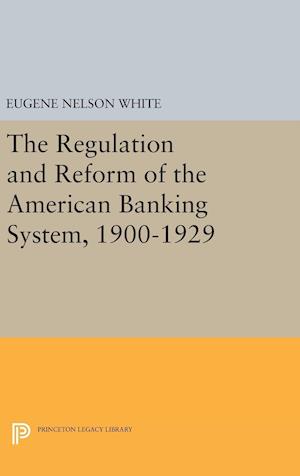 Examining the regulation of banking in the United States between 1900 and the Great Depression, Eugene Nelson White shows how Congress and the state legislatures tried to strengthen the banking system by creating new institutions, rather than by changing nineteenth-century laws that perpetuated the unit structure of the banking industry. Originally published in 1983. The Princeton Legacy Library uses the latest print-on-demand technology to again make available previously out-of-print books from the distinguished backlist of Princeton University Press. These editions preserve the original texts of these important books while presenting them in durable paperback and hardcover editions. The goal of the Princeton Legacy Library is to vastly increase access to the rich scholarly heritage found in the thousands of books published by Princeton University Press since its founding in 1905.