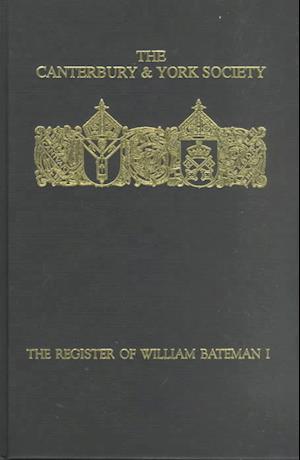 This is the first Norwich episcopal register to be published. The two counties of the Norwich diocese, Norfolk and Suffolk, were more densely populated than most of medieval England, with nearly 1300 parishes, some one seventh of the national total. Its period covers the fateful progress of the Black Death in 1349, showing its full effects; also of particular interest is Bishop Bateman's foundation of Trinity Hall, Cambridge, and the editor's identification of many of the non-surviving churches in the diocese. Dr Pobst's introduction demonstrates the unusual character of the early Norwich registers, and traces the rise of Bateman to prominence in the Anglo-French negotations in the opening years of the Hundred Years War. Dr PHYLLIS E. POBST is Assistant Professor of History at Arkansas State University.