The Register of Gilbert Welton, Bishop of Carlisle 1353-1362 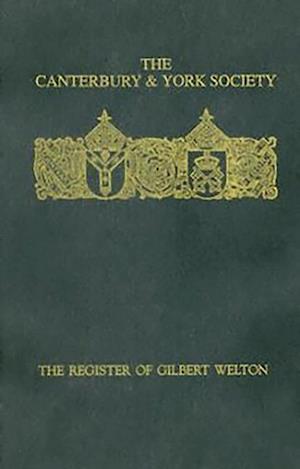 Gilbert Welton was an eminent ecclesiastical administrator who won papal favour when visiting the Curia at Avignon. He recruited qualified staff before settling in the impoverished, war-torn diocese of Carlisle, which had not beenaccustomed to a resident bishop or to a high standard of episcopal government. His professionalism is reflected in the professional quality of his register. Among its contents are a dozen records of matrimonial causes (one Carlisle woman was divorced twice in six weeks); of further social interest are the 59 wills of laymen and beneficed clergy, many of them victims of the second visitation of the Black Death in 1362. This volume offers a calendarof the whole manuscript, with an appendix of full Latin texts of entries of special interest.