The Register of Edward Story, bishop of Chichester 1478-1503 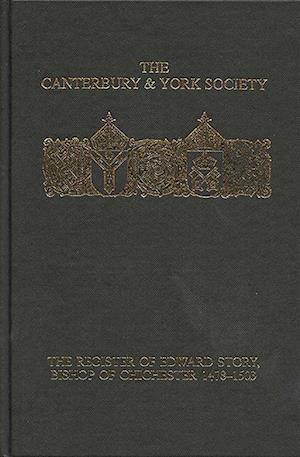 Edward Story, fellow of Pembroke Hall, Cambridge, and later master of Michaelhouse, was also, in two terms as chancellor, a university administrator. But it was as a royal servant that he rose to eminence from about 1460 to servesucceeding monarchs with the impartial efficiency of a career civil servant. Bishop of Carlisle from 1468, he was translated in 1478 to Chichester, which, although conterminous with the county of Sussex, contained several exempt jurisdictions, notably the archbishop of Canterbury's deanery of South Malling. The register begins with Story's primary visitation of his diocese.The full record reveals both the shortcomings of the cathedral chapter and of those religious houses subject to episcopal jurisdiction. Besides purely diocesan matters such as ordinations, collations and institutions, clerical indiscipline and the exercise of his judicial authority, the extraordinary actionsrequired of the bishop are reflected not only in reports of local suspicions of heresy, but also in matters of national importance such as summonses to convocation, clerical taxation, natural disasters such as plague, and external threats to the kingdom. The documents are presented here in translation with full notes and introduction. Janet Stevenson, formerly an assistant editor of the Victoria History of Wiltshire, has edited The Edington Cartulary (Wiltshire Record Society, 42, 1987) and The Durford Cartulary (Sussex Record Society, 90, 2006).