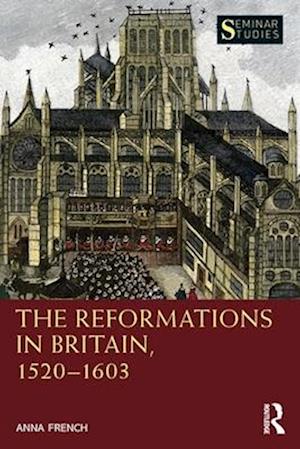 This entirely fresh narrative of the "British Reformations" focuses on the emotional as well as the material experience of living through the reformations in Britain during the sixteenth century. The Protestant reformations that took place in England and Scotland during the sixteenth century were, even by the standards of the period, unusually and uniquely fractious and complicated. By combining politics, theology and culture - and by complementing its narrative with key documents from the period - this book arms readers to study, explore, and understand the British Reformations in new ways. More importantly, it considers this fascinating period in the round, understanding the reformations as a religious and cultural movement that had impacts upon politics, society and the individual which combined to profound and lasting effect. Above all, it shows how an empathetic study of sixteenth-century religious and cultural history can expand our understanding of the past - and of how identities can form and be altered by powerful ideas and inspired individuals, as well as powerful princes.Aided by a Who's Who and Chronology, The Reformations in Britain is an invaluable resource for all students who study the religious and cultural history of sixteenth-century Britain.