The Rediscovery of India 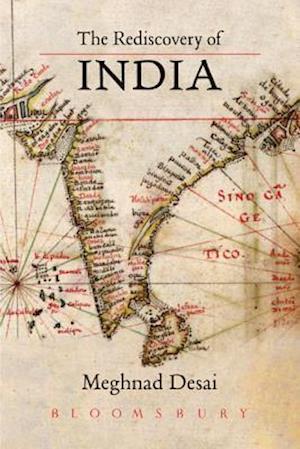 What makes India a nation? What has held its many disparate societies with their diverse, sometimes conflicting, narratives together for more than sixty years? What has allowed India to sustain its commitment to the democratic process, given its location in a region that is largely undemocratic? In this magisterial analysis of the last five hundred years of Indian history, Meghnad Desai looks at India's colonial past, its struggle for independence and its many contemporary conundrums, to discover answers to the questions that have confronted India-watchers for decades.Meghnad Desai draws on a wealth of sources to illuminate India's journey to the twenty-first century. Whether it is an examination of British parliamentary debates on the question of India's independence, or the liberalization of the economy after decades of licence-permit Raj, or the state's complicity in the Gujarat riots, Meghnad Desai's original, occasionally iconoclastic, approach to seemingly settled arguments makes The Rediscovery of India a ground-breaking and comprehensive account of India's past and present.

Forfattere
Bibliotekernes beskrivelse In an effort to chronicle the history of India, Meghnad Desai begins at the end of the 15th Century, and takes us through to the present day. This ambitious volume is a testament to the contradictory, diverse, difficult and undeniably fascinating saga of India as a nation.