- Book Three of the Triads of Tir Na n'Og 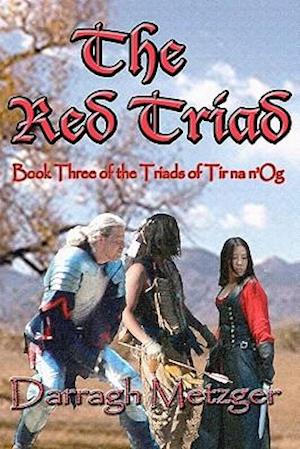 The Fey of the Red Faction chose three young heroes for their new Triad, and set the living on the trail of the dead... Riven from the Blue and Green Triads by the magic of the Gates, the Red Triad continues the hunt for the dark rider across the sun-seared plains and monster-infested jungles of Kinshasa, hoping to rejoin their allies before they close with their deadly foe. But when black magic and the re-awakened dead bring terrible secrets to light, not all the young Triad's growing powers can stem the tide of destruction that pursues them even into the realms of the spirit. Only if the Red Triad-John von Ravensburg, Shee-An-Natay, and Bae Twan-throw themselves into the very teeth of the unknown can they save themselves and one another from an enemy who has turned predators to prey, the hunter to the hunted. An action adventure series suitable for young adults but written for lovers of epic fantasy of all ages.