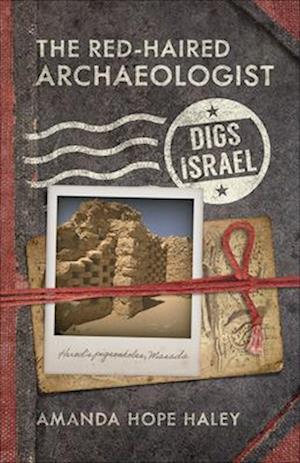 Travel Israel--past and present--to learn about its people and its God with Harvard-trained biblical archaeologist, whimsical storyteller, and sunscreen advocate Amanda Hope Haley. Despite what's seen in the Indiana Jones movies, archaeology isn't a fast-paced quest to recover legendary objects lost to time. Scholar and writer Amanda Hope Haley's digs in Israel have been dusty, rigorous, and objective hunts for clues that reveal the world as it existed when the Bible was written. In The Red-Haired Archaeologist Digs Israel, Amanda travels the lands of the Bible--a trowel in one hand and a camera in the other. Discover with her how Christians can... use archaeological finds to better understand Israel's historyshed a Western mindset and read the Bible in its original contextcomprehend today's religious conflicts in the Holy Land For anyone curious about Israel of the past and the present, The Red-Haired Archaeologist Digs Israel investigates the historical and modern contexts we need to understand both the Bible and God's people, and features photos from Amanda's archaeological digs. This two-week trip through the country, which begins as a search for the meanings of ancient Scripture, just might end with a clearer perception of our current neighbors and how Jesus would have us love them today.