The Reception of Ossian in Europe

indgår i serie The Athlone Critical Traditions Series: the Reception of British and Irish Authors in Europe 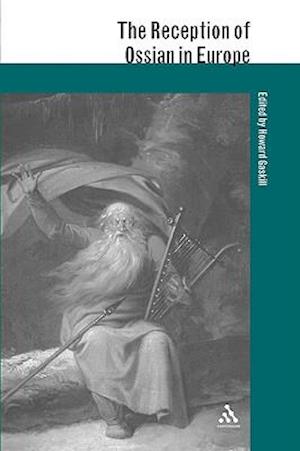 This is a collection of international research surveying the reception of James Macpherson's Ossian poems in European literature and culture.The intellectual scope and cultural impact of British writers cannot be assessed without reference to their European fortunes. This collection of 20 essays, prepared by an international team of scholars, critics and translators, records the ways in which Macpherson's Ossian has been received, translated and published in different areas of Europe.The Ossian poems caused a sensation on their first appearance in the 1760s. Indeed, there is hardly a major Romantic poet on whom they failed to make a significant impression. The essays brought together in this volume explore the reception of Ossian in a wide range of European countries, in both literary and non-literary forms of reception and in the work of both individual writers and national literary cultures.Our knowledge of British and Irish authors is incomplete and inadequate without an understanding of the perspectives of other nations on them. Each volume examines the ways authors have been translated, published, distributed, read, reviewed and discussed in Europe.In doing so, it throws light not only on the specific strands of intellectual and cultural history but also on the processes involved in the dissemination of ideas and texts.