The Reception of Byzantium in European Culture since 1500 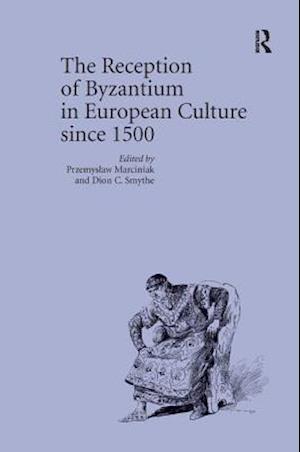 Studies on the reception of the classical tradition are an indispensable part of classical studies. Understanding the importance of ancient civilization means also studying how it was used subsequently. This kind of approach is still relatively rare in the field of Byzantine Studies. This volume, which is the result of the range of interests in (mostly) non-English-speaking research communities, takes an important step to filling this gap by investigating the place and dimensions of 'Byzantium after Byzantium'. This collection of essays uses the idea of 'reception-theory' and expands it to show how European societies after Byzantium have responded to both the reality, and the idea of Byzantine Civilisation. The authors discuss various forms of Byzantine influence in the post-Byzantine world from architecture to literature to music to the place of Byzantium in modern political debates (e.g. in Russia). The intentional focus of the present volume is on those aspects of Byzantine reception less well-known to English-reading audiences, which accounts for the inclusion of Bulgarian, Czech, Polish and Russian perspectives. As a result this book shows that although so-called 'Byzantinism' is a pan-European phenomenon, it is made manifest in local/national versions. The volume brings together specialists from various countries, mainly Byzantinists, whose works focus not only on Byzantine Studies (that is history, literature and culture of the Byzantine Empire), but also on the influence of Byzantine culture on the world after the Fall of Constantinople.