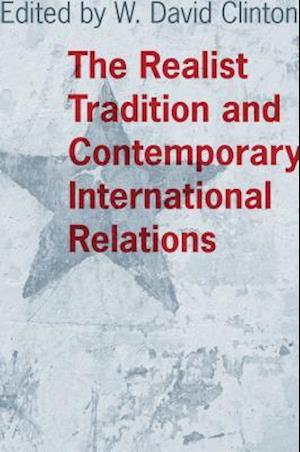 The tradition in international relations theory known as realism has often been associated with the Cold War. The contributors to this intriguing volume argue, however, that realism remains a profound and relevant perspective on contemporary international politics. They point out that classical realism is based on concepts that were elucidated long before the Cold War began and are not confined by its boundaries. Further, they believe that insights of the realist tradition can provide valuable guidance in our contemporary world.

W. David Clinton and ten scholars of foreign policy reexamine the work of thinkers spanning twenty-five centuries who have contributed to the development of realism across the ages. In their essays, the authors consider two key questions: What makes these thinkers "realists"? And how is their work relevant to the modern, post--Cold War world? These essays take a fresh look at such canonical thinkers as Thucydides, Augustine, Machiavelli, Hobbes, Hume, Burke, Carr, Niebuhr, and Morgenthau. Countering the widespread belief that realism has nothing left to offer, this collection demonstrates that continuities remain in the political world -- and that the ideas rooted in realism are too important and too useful to ignore.

While there are obvious differences among the political philosophers whose works are considered here, they share a common concern about human limitations and the possible dangerous consequences of ignoring those limitations. Each in his own way, these classic thinkers discuss the need for prudence to counter the ever-present threat of tragedy resulting from our innocent, hopeful, or self-righteous efforts for perfection. These provocative essays demonstrate that though a realist understanding of the nature of international relations is at least as old as Thucydides, it is also as contemporaneous as the most recent headline.