The Rare Earths in Modern Science and Technology 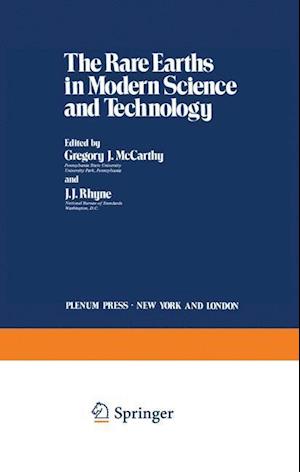 The 13th Rare Earth Research Conference was held October 16- 19, 1977 in Wilson Lodge at Oglebay Park near Wheeling, West Vir g1n1a. From the small conference held originally at Lake Arrow head, California in 1960 the meetings have grown steadily in size and stature until they are now recognized as the premier conference devoted exclusively to the science and technology of rare earth systems. In keeping with the spirit which has prevailed since the Lake Arrowhead days a number of improvements were instituted on the oc casion of the 13th Conference. For the first time poster sessions were introduced, and they proved to be a splendid success. This was a year of another first - a review system for manuscripts. Dr. McCarthy, who undertood the arduous task of Program Chairman, and Dr. Rhyne, who along with Dr. McCarthy edited the conference proceedings, were mainly responsible for suggesting and implement ing these innovations. The layout at Wilson Lodge was nearly ideal for the conference in that poster and oral sessions were in very close proximity, facilitating the efforts of the attendees to make the most of the conference.