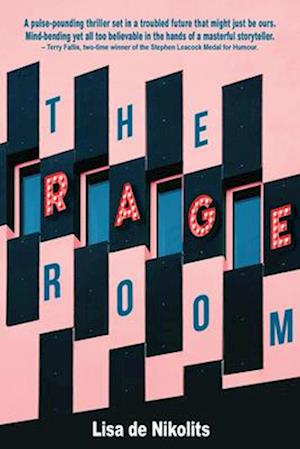 What if you made the worst mistake of your life and got the chance to fix it? Only you made it so much worse? From the incomparable crafter of nine cross-genre works of fiction, Lisa deNikolits expands her horizons to pen a grab-you-by-the-throat, feminist speculative-fiction thriller in the style of Groundhog Day meets The Matrix.

The perfect father kills his family on Christmas Eve, and tries to undo his actions by jumping back in time. The result is murder and mayhem in dystopia. Set in 2055, the world is run by robots and virtual data, while the weather is controlled by satellite dishes. Arts and culture are no more than distant memories. People are angry, placated by prescribed visits to rage rooms to vent their boredom, fury, and discontent. Beneath the sunny skies and behind the garbage-free suburban McMansions live deeply disturbed, materialistic families.

During his time travels and increasingly desperate attempts to reserve his colossal mistake, Sharps Barkley meets the leader of the Eden Collective, a feminist army determined tosave the Earth by removing all artificial intelligence and letting the Earth restore itself--if necessary, at the expense of mankind. The Eden Collective uses data gathered from the rage rooms to analyze and predict the potential and actions needed for the Earth to reset andthey need to prove that time travel is an effective tool. If Sharps can go back and save his children, then there is hope for the future. Sharps is the 49th experiment and his success is pivotal. Can love prevail over anger?

The Rage Room has a multi-layered plot that is fueled by a feminist-driven courage to take charge and save the world as it exposes the effects of an increasingly digital age on our lives and, ultimately, our humanity.