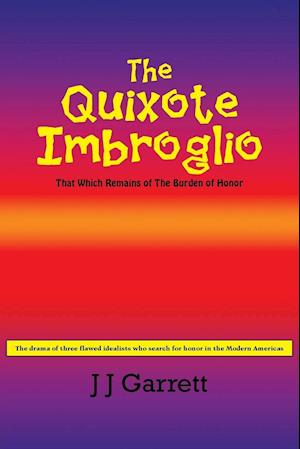 The spirit of Don Quixote burnishes the six main characters of this novel that begins with the arrival of North Americans Kyle and Carmen Daly in Central America. The two settle within a civilization awash; into a culture termed indistinct even by those who exploit it. Their adventure entangles them. They are trapped between an on-rush of modern values and those of the archaic Maya, whose descendentsÂ¾outcast by the society of which they form the bulwarkÂ¾remain steadfast in chivalric beliefs. As unwitting abettors to religious, social, and economic bigotry patronized by U.S. missionaries, embassy staff, cable television ministries, and businessmen mate-seekers, along with a cadre of Hispanic adoption attorneys and U.S. citizen wannabe''s, Kyle and Carmen attempt to stand upon the principals of their lineage: Right and Wrong. From this moral basis they try to manage the skirmishes of child theft, adultery, assassination, murder, and revenge into which they are drawn. They find themselves within a Quixotic menagerie. Their embroilment, both comic and tragic, becomes, at best, a tenuous legacy.Through intricate plotting, The Quixote Imbroglio examines the melding of Spaniard and Indian culturesÂ¾today imaginable as an emerging solidarity at once catalyzed by, and complicated by, that third founding culture of the New World: the dogmatic Northamerican colonist.