The Quest for the True Figure of the Earth

- Ideas and Expeditions in Four Centuries of Geodesy 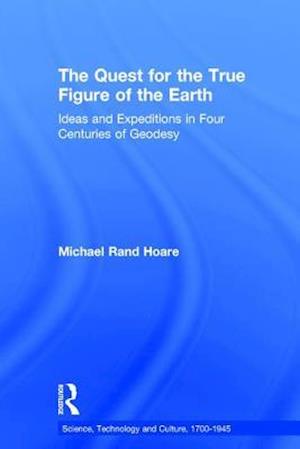 In the 1730s two expeditions set out from Paris on extraordinary journeys; the first was destined for the equatorial region of Peru, the second headed north towards the Arctic Circle. Although the eighteenth century witnessed numerous such adventures, these expeditions were different. Rather than seeking new lands to conquer or mineral wealth to exploit, their primary objectives were scientific: to determine the Earth's precise shape by measuring the variation of a degree of latitude at points separated as nearly as possible by a whole quadrant of the globe between Equator and North Pole. Although such information had consequences for navigation and cartography, the motivation was not simply utilitarian. Rather it was one theme among many in an intellectual revolution in which advances in mathematics paralleled philosophical strife, and reputations of the living and the dead stood to be elevated or destroyed. In particular the two expeditions hoped to prove the correctness of Isaac Newton's prediction that the Earth is not a perfect sphere, but flattened at the poles. In this study, the 'Figure of the Earth' controversy is for the first time comprehensively explored in all its several dimensions. It shows how a largely neglected episode of European science, that produced no spectacular process or artefact - beyond a relatively minor improvement in maps - nevertheless represents an almost unique combination of theoretical prediction and empirical method. It also details the suffering of the two teams of scientists in very different extremes of climate, whose sacrifices for the sake of knowledge rather than colonial gain, caught the imagination of the literary world of the time.

Forfattere
Bibliotekernes beskrivelse Comprehensively explores the 'Figure of the Earth' controversy in all its several dimensions. This book shows how a largely neglected episode of European science, that produced no spectacular process or artefact - beyond a relatively minor improvement in maps - nevertheless represents a combination of theoretical prediction and empirical method.