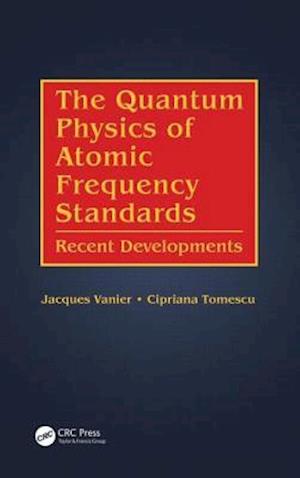 Up-to-Date Coverage of Stable and Accurate Frequency StandardsThe Quantum Physics of Atomic Frequency Standards: Recent Developments covers advances in atomic frequency standards (atomic clocks) from the last several decades. It explains the use of various techniques, such as laser optical pumping, coherent population trapping, laser cooling, and electromagnetic and optical trapping, in the implementation of classical microwave and optical atomic frequency standards.The book first discusses improvements to conventional atomic frequency standards, highlighting the main limitations of those frequency standards and the physical basis of the limitations. It then describes how advances in the theory and applications of atomic physics have opened new avenues in frequency standards. The authors go on to explore the research and development of new microwave and optical frequency standards before presenting the results in frequency stability and accuracy achieved with these new frequency standards. They also illustrate the application of atomic clocks in metrology, telecommunications, navigation, and other areas and give some insight into future work.Building on the success of the previous two volumes, this up-to-date, in-depth book examines the vast improvements to atomic clocks that have occurred in the last 25 years. The improved stability and accuracy enable the verification of physical concepts used in fundamental theories, such as relativity, as well as the stability of fundamental constants intrinsic to those theories.