The Pursuit of Kindness

- An Evolutionary History of Human Nature 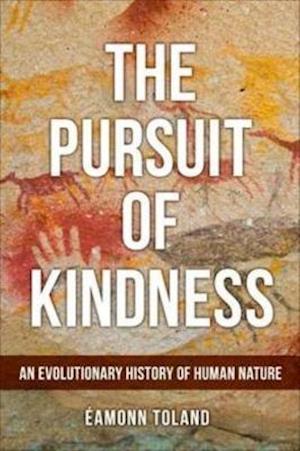 Richard Dawkins once wrote, "Let us try to teach generosity and altruism, because we are born selfish." He was wrong. The Pursuit of Kindness is an evolutionary history of human nature which provides compelling evidence from biology, psychology and archaeology that for 95 percent of the time we have walked the earth, survival of the fittest for our species has meant survival of the kindest. Archaeological evidence from the upper Paleolithic shows that inter-group conflict was minimal, and population density was very low. Our hunter-gatherer ancestors probably had high rates of punitive homicide, but a rudimentary moral sense is hard-wired in us all, even though it is very influenced by environmental factors thereafter. The era of Brexit and Trump has laid bare how quickly cultural norms of tolerance that persisted for hundreds of years can be rapidly overturned when disaster strikes. People blame-storm and scapegoat immigrants, religious minorities and social misfits for all of society's ills. The author argues that we need to recognise what we have in common in order to nurture the pursuit of kindness.

Forfattere
Bibliotekernes beskrivelse An evolutionary history of human nature makes the case for kindness as the key to survival.