The Public-Private Nature of Charity Law 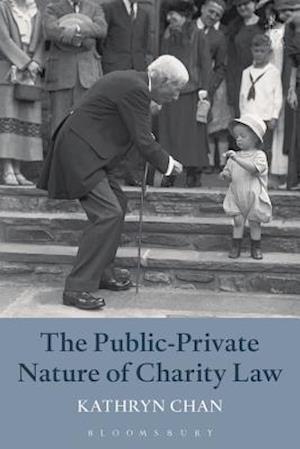 Is charity law a 'private law' or a 'public law' subject? This book maps charity law's relationship to the public law-private law divide, arguing that charity law is best understood as a hybrid (public-private) legal tradition that is constantly seeking to maintain an equilibrium between the protection of the autonomy of property-owning individuals to direct and control their wealth, and the furtherance of competing public visions of the good. Of interest to scholars and charity lawyers alike, The Public-Private Nature of Charity Law applies its unique lens both to traditional topics such as the public benefit rule and charity law's rules of standing, and to more contemporary issues such as the co-optation of charitable resources by threatened welfare states and the emergence of social enterprise.'This book should be read by all who are interested in the respective domains of public and private law. Kathryn Chan brings new light to the divide and reveals the way in which both public and private law inform charity law. The book is subtle, original and rigorous, with an excellent grasp of primary and secondary material.'- Paul Craig, Professor of English Law at the University of Oxford and a Fellow of St John's College'An original and thought-provoking book which takes the somewhat unruly law of charities and, with great insight and clarity, helps it to find its place on the legal map.'- Mary Synge, Associate Professor in Law at the University of Exeter'Kathryn Chan's impressive monograph breaks new ground in its analytical approach towards charity in the modern world. Her careful study helps us to understand how charitable enterprises partake of the values and concerns of both public and private law, and to evaluate the strength and weaknesses of different approaches to the governance of charitable enterprises.'- Lionel Smith, Sir William C Macdonald Professor of Law, McGill University