The Provest' Vremennykh Let - An Interlinear Collation and Paradosis 3VSet 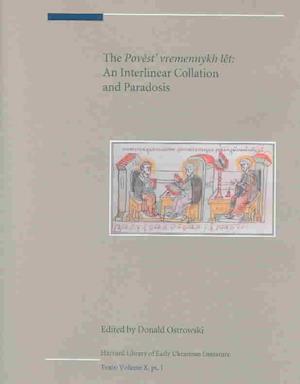 The Tale of Bygone Years (Povest' vremennykh let) is the most important source for the history of early Rus'. Full of stories of grand princes and saints, monks, and knightly retinues, this chronicle compilation has been the bedrock of modern interpretations of the history, ethos, and religious traditions of Ukrainians, Russians, and Belarusians alike. It also has been a source of controversy, with competing redactions and interpretations of the Old East Slavic language in which it was written. This massive undertaking provides scholars and general readers with the first fully legible text that includes all of the known redactions of the Povest'. The text consists of an intercollation of the five oldest redactions, three more modern redactions, three later interpolations, and Donald Ostrowski's own final interpretation. The intercollated texts are nested line-by-line. This three-part set will be of fundamental importance to Slavic philologists and historians of early Rus'.