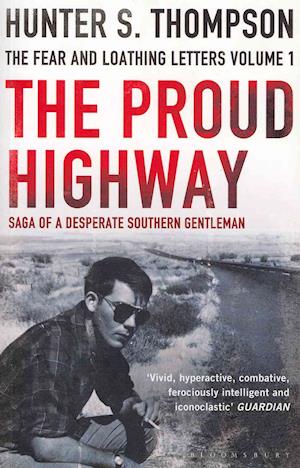 Before there was Gonzo, there was just plain Hunter -- a precocious, earnest, and occasionally troublesome honor student in Louisville, Kentucky. Before there was Doctor Thompson, there was Airman Thompson -- the military's answer to Grantland Rice, protecting America by covering sports for his Florida base's newspaper. Before there was Fear and Loathing, there was Dow Jones -- that is, Thompson's early reportage for that company's National Observer, which raised the standard for hip and provocative foreign coverage. Before there was Rolling Stone, there were job applications everywhere -- in hopes of being hired by a paper, pretty much any paper, an obsession for the starving writer with expensive tastes in alcohol, nicotine, and room service. In The Proud Highway, readers will find a Hunter S. Thompson they've imagined but never known. With the publication of these extraordinary letters, written from the time of his high school graduation in 1955 through the triumph of his first book, Hell's Angels, in 1966, critics and fans can finally trace the development and maturation of a singular talent, one of our era's most important voices. How Thompson changed the face of contemporary nonfiction -- and of America itself -- is the mesmerizing story of The Proud Highway.