The Protector: A Woman's Journey from the Secret Service to Guarding VIPs and Working in Some of the World's Most Dangerous Places 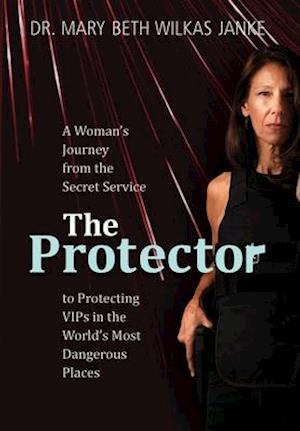 Considered a "unicorn" in the dangerous and predominantly male world of international executive protection, Mary Beth Wilkas acquired a unique skill set over the course of her career that made her one of the most sought-after professionals in the field. But the road from bright-eyed trainee to top operator was anything but straight and narrow. In 1991, Mary Beth landed her dream job as a United States Secret Service agent. Ever level-headed, she thrived in the high-pressure position, conducting investigations, traveling with advance teams, and working protection details. But when the career path Mary Beth trained for took a radical turn, she was forced to carve out a new identity as a freelance protective agent. As a contractor, she was freed from the red tape of a federal agency but also, sometimes to her chagrin, its standards and resources. Working for clients that ranged from foreign diplomats to the wildly wealthy, Mary Beth jetted between conflict zones and lavish destinations, ensuring the safety of VIPs and their families and eventually training others to do the same. "Never let them see you sweat" became her credo. The Protector tells the exciting and inspiring story of how Mary Beth learned to navigate a male-dominated field with grit, integrity, and courage, and reveals how the ability to bounce back from adversity can transform even the worst setbacks into epic growth.