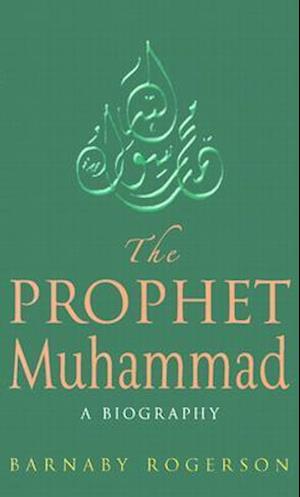 In this fascinating and insightful biography, Barnaby Rogerson explores the life and times of Muhammad. Vividly describing the sixth-century Arabia where Muhammad was born, Rogerson charts his early years among the flocks, the caravans and the markets of his native Mecca; the night he received his religious vision; the perilous years of reciting the revelations in Mecca; his escape to Yathrib (Medina) and his subsequent battles. In his lifetime Muhammad established a new religion, Islam; a new state, the first united Arabia; and a new literary language--the classical Arabic of the Qur'an. A generation after his death, he would be acknowledged as the founder of a world empire and a new civilization. Any one of these achievements would be more than enough to permanently establish his genius, but Muhammad also managed to stay true to himself and retained to his last days the humility, courtesy and humanity that he had learned as an orphan and shepherd boy in central Arabia. If one looks for a parallel example in the history of Christianity, one would have to combine Paul the Apostle with the Emperor Constantine and Francis of Assisi. In a world where the understanding of religions is ever more essential, Barnaby Rogerson's book could not be better timed. A sharp, thoughtful, open-minded account, it brilliantly captures the historical resonance of this man-leader, visionary, and prophet. A book that will forever change the way you think about Islam.