- How Islam was Born

indgår i serie All You Need to Know 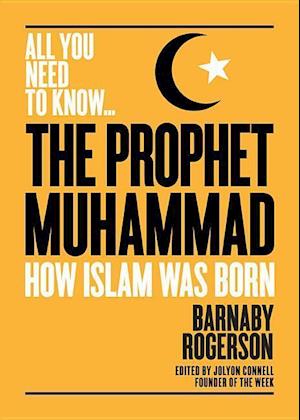 Ignorance about Islam runs deep in the West - ignorance of its rites, its beliefs, and above all its prophet. Who was Muhammad, the founder of Islam, and the man Muslims believe was God's last prophet on earth? In this concise and colourful account, the acclaimed writer and broadcaster Barnaby Rogerson tells the story of the illiterate orphan who was raised in the desert and trained as a merchant on the camel trade routes that criss-crossed Arabia, before defying his tribe to found a new religion, establish a world language, and create an almost unstoppable force that only 100 years after his death has conquered an empire stretching from the Pyrenees to the Hindu Kush. It was when he was 40 that Muhammad experienced his first revelation on a mountainside outside Mecca, hearing the divine order: "Recite!" From then until his flight from Mecca his tale is one of rejection and persecution, but it is also one of puzzling contradictions: why did he order the murder of a Jewish tribe? And why did he marry 10 times himself while restricting Muslims to four wives? Barnaby Rogerson examines his puzzling life, and how it has laid the foundation for a "clash of civilisations" between the Muslim and Christian worlds.